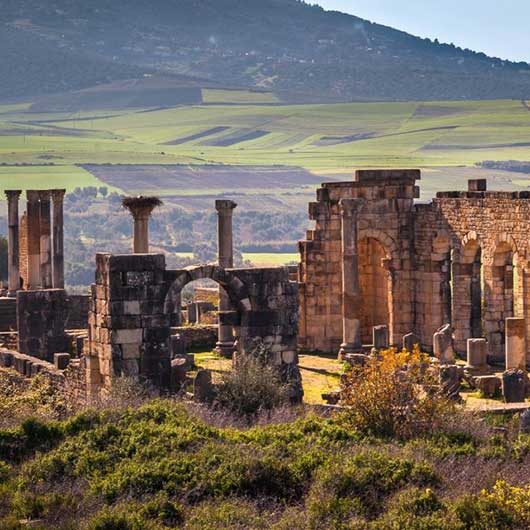 Today we will visit 3 cities that will not transport to other times within Morocco, these 3 places are: Ruinas de Volúbilis, Mulay Idris and Meknes.

After picking up at 8.00am in the riad / hotel where you are staying, we will head west until we reach the ancient Roman city where the most important archaeological remains of Morocco are: Volubilis.
These were declared a World Heritage Site by UNESCO, in 1997. The area covers about 40ha.

It was part of the Roman Empire until the III century and it was then when it was in the hands of Berbers, Greeks, Syrians and Jews.
Then in the eighteenth century, the Lisbon earthquake happened that destroyed many of its monuments that were later looted to build palaces in Meknes.

In this place you can have all the time you want, but it is usually between one or two hours. To see among other things: Forum, Basilica and Temple of Jupiter (it is located at the top and was the media center of the city), Termas, Arco de Carcalla (built in the year 217 with marble in honor of its emperor and
his mother) and mosaics (the bath of the nymphs or the tests of Hercules, among others).

After enjoying the Roman remains we will approach Mulay Idris: The Mausoleum (Shrine) of which he was king of Morocco between the years 807 – 828: Mulay Idris I. It is one of the centers of pilgrimage of the Muslims, for that reason until the Century XX was closed for all that one that was not Muslim.
Here we will not stay long as there is more to see than its mosque on the outside and its circular minaret, unique in Morocco and its square with the same name.

We will continue towards Meknes, one of the 4 imperial cities of Morocco, the most ‘humble’. Its name comes from the Berber tribe that founded it. Here you can stop to eat and then enjoy its souk and streets.
You can also see: Mosque Néjjarine, Mausoleum Cheickh El Kamel, Madraza Filalia and monument Bab Manssur, among others.

About 18 we will head to Fez. Our services will end on your return in your riad / hotel. 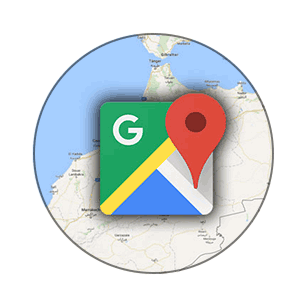